If you’ve been following my personal Instagram account, you’ll know that I got obsessed with drafting and sewing bras around the new year. I was absolutely pumped about my first couple of attempts, but the more I tried to refine the fit, the less flattering and comfortable my bras seemed to get. I couldn’t seem to make an underwire not stabby or squeaky, so a lot of my hard work just hung out in my bottom drawer, bumming me out. I took a break from underwires, and started churning out soft bras like Emerald Erin’s Jordy bralette and Ohhh Lulu’s Romy. I love sewing both patterns (and I’ll blog about them eventually!), but neither style is a totally excellent match for my rack.

Suddenly, in an unplanned flash of inspiration last Sunday, I re-fit and re-drafted my underwire bra pattern to take advantage of some shorter, lighter wires I recently added to my stash. The result is a very wearable bra, with much better shaping than many of my previous versions and which still contains its wires(!!!) after several full days of wear (unlike many of the others which got ripped out after about five minutes). 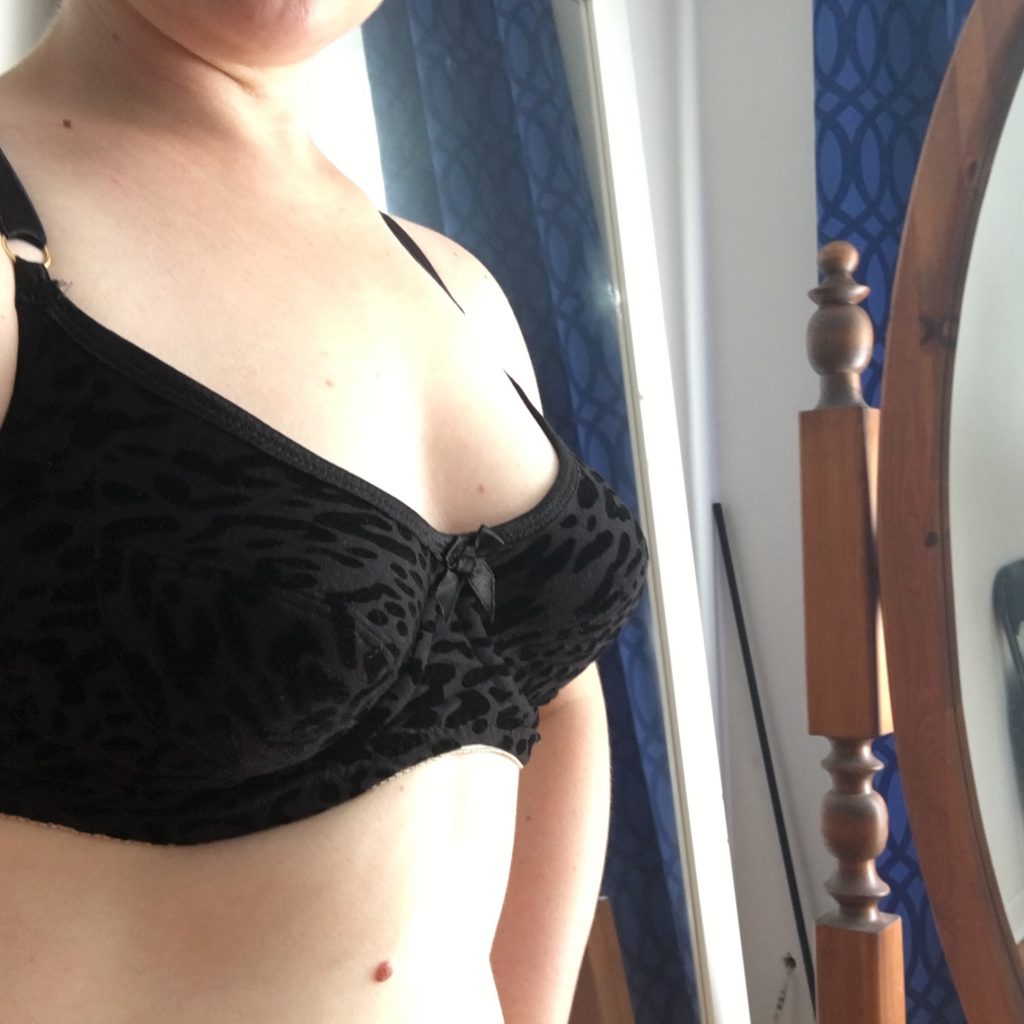 This was a bit of a scrapbusting project, using up (a tiny bit of the acres of) this black-on-black flocked leopard print knit that I just love but which never seems to work quite right in any of the projects I try to use it in; it’s too stretchy for most structured garments, but too stable for the almost bodycon dresses I’d originally planned for it. With a bit of fusible tricot interfacing as a lining, though, it had just the right body for a structured bra and all those tiny curvy seams sewed up like a dream. To make the muslin, I also dug out some leftover red duoplex/powermesh from my very first bra kit, and I managed to use up lots of bits and ends of elastic and channeling from my stash. 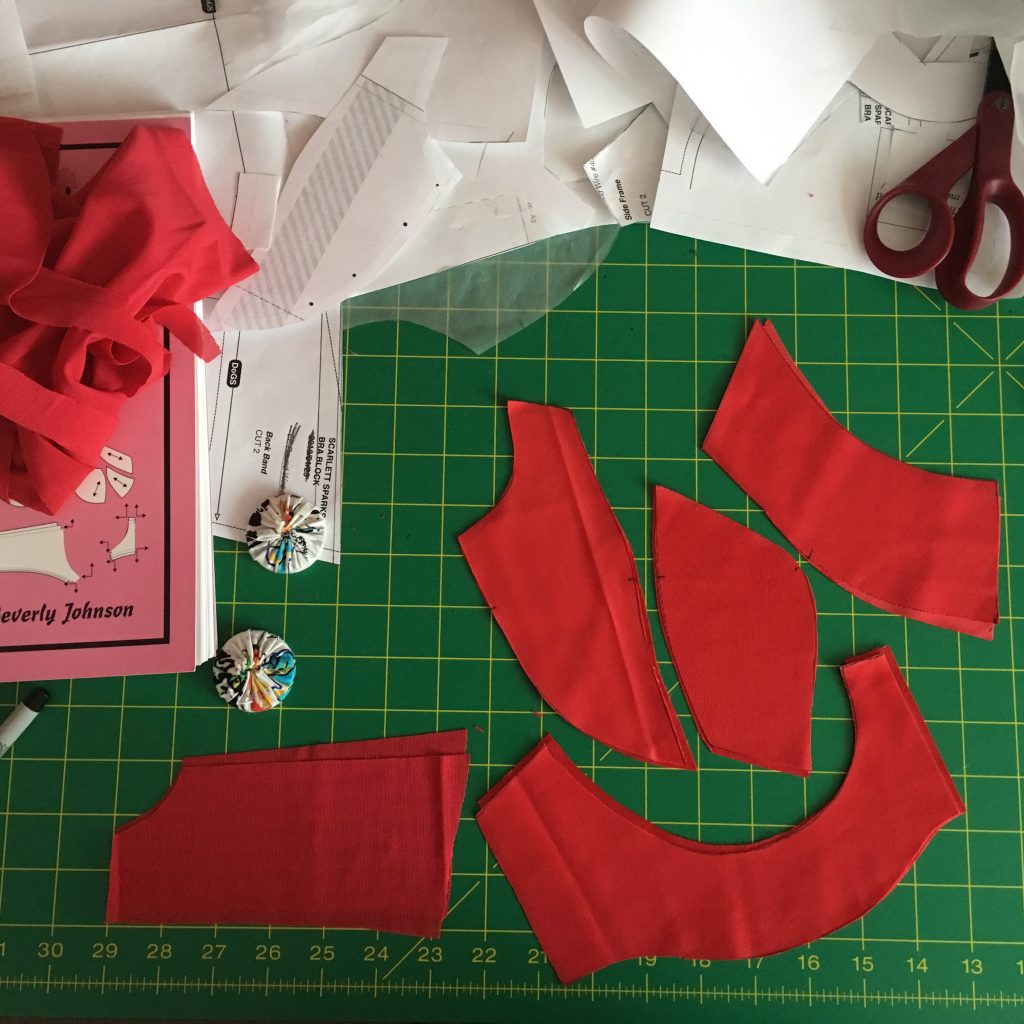 Before even starting on the muslin, I had a crisis of confidence over my wire size and spent a whoooooooole bunch of time with my boobs hanging out in front of the mirror in my (shared) studio/office, holding various sizes of wires against my bare breast root… before eventually deciding that my original size was just fine but much too tall in front and under the arm. (Is this a short person thing? Do other petites need to trim wires down by like an inch or more on either end just to make them bearable?) With that out of the way, I decided to do a “paper-fit” of my original pattern to see if that would help me identify: A) where my fit was going awry; and B) where I wanted to place my new seams/stylelines. I’ve seen this suggested and tried it for fitting (non-stretch) pants — not only is paper cheaper than muslin, its stiffness also indicates in a pretty no-bullshit way where things might bunch up, pull, or gape, you can actually see body landmarks through translucent tracing tissue, and you can draw on it! — so I figured it was worth a try for evaluating my cups. I traced my cup pattern out without seam allowances except along the wire line, and carefully taped the edges together as they would be sewn.

I mashed this against my boob in front of the mirror, and it was easy to see where there were hollow spots and straining. I cut the cups apart, made some adjustments, and did it all again, but this time I had the brilliant idea to tape the actual underwire to the paper cup while they were on my body so I could really see how the cup should fit into the wireline/cradle. There was a little bit of excess right at the bottom of the cup that I don’t think I would otherwise have caught, and I think this was the magic step that helped take my fit and shaping from “more or less” to “yesssss”.

Next, I busted out the fine-point marker and drew all over my paper boob, adding a seam near the side of the cup for a powerbar and rotating the remaining cross-cup seam to a diagonal. Off my body, I cut the assembled cup along those new seam lines, and snipped the edges where necessary to get them to lay flat-ish. I traced the new shapes, estimating where to blend the new curves over the gaps created by flattening everything out, and then walked all the pieces to be sure the seam lengths matched up. 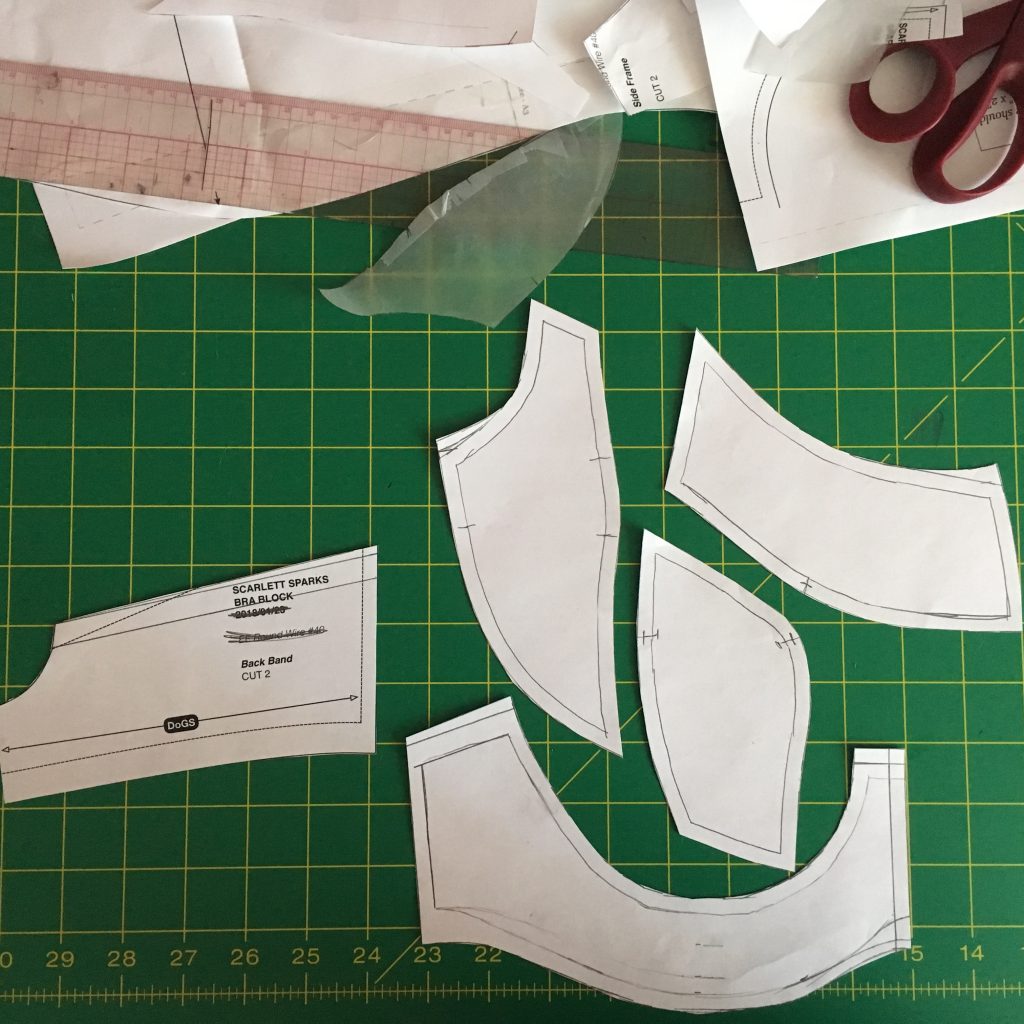 Everything after that was pretty much standard bra construction, but I was reminded by my eleventh-hour scramble for bottom band elastic (it should have matched but a 1/2″ black picot was nowhere to be found in my massive stash of findings) that I need to fully plan out my projects before I sit down to sew. 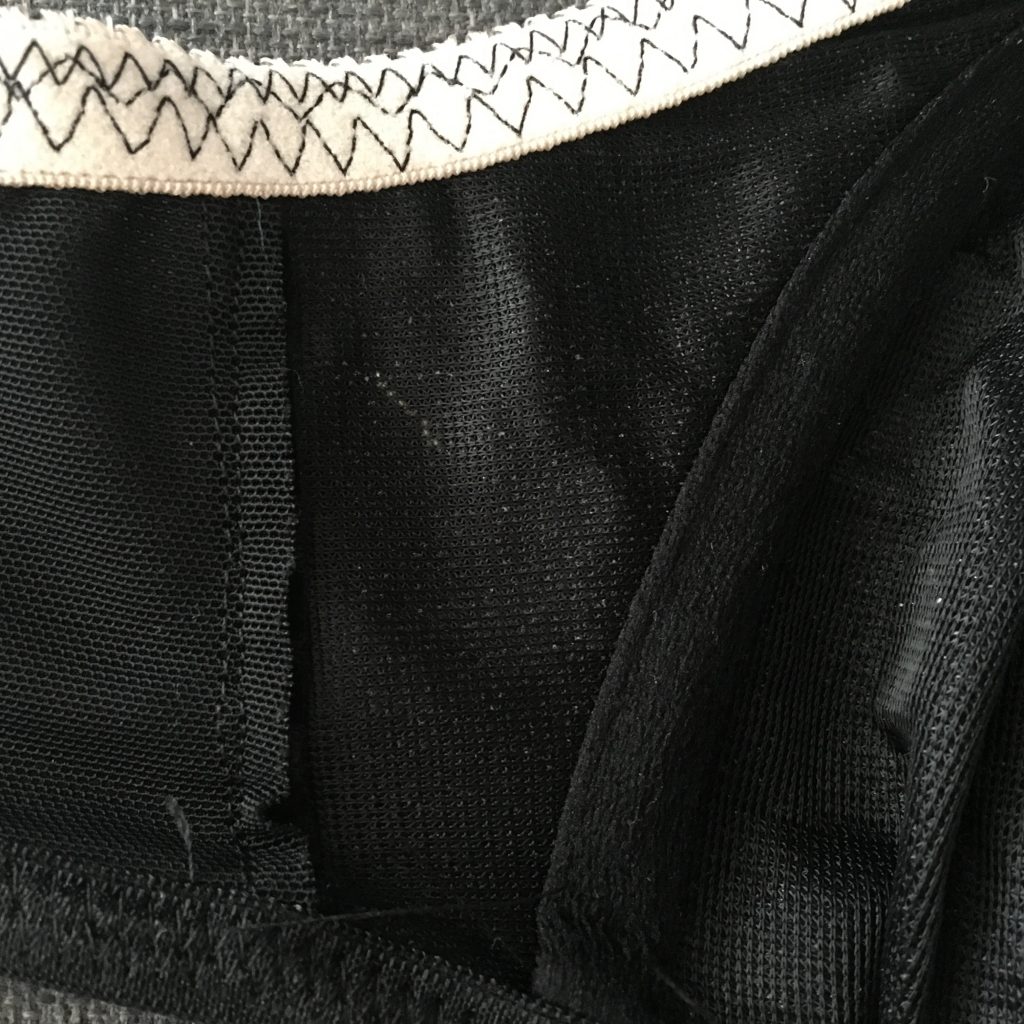 It’s not perfect — I’ve already started on some small changes to the pattern, like moving the strap attachment slightly more centrewards and a corresponding adjustment to the powerbar seam, and not sewing my band elastic like a drunken T-Rex — but it’s given me a renewed excitement for more structured lingerie.

Sign up for the latest tutorials, patterns news, and special offers!

You have successfully joined our subscriber list. A special bonus is on its way!